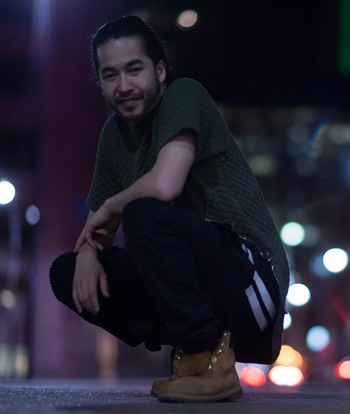 Johnathan Morin is a leading force in Canadian Tap dance today. Hailing from Edmonton Alberta, the 30 year old professional tap dancer is making a name for himself across the country and around the world. He is the Co-Artistic Director and Producer of the tap dance company called “Rhythm & Sound”. Established in 2015, Rhythm & Sound has since been presented by Feats Festival of Dance in Edmonton in 2017 and also the Toronto International Tap Dance Festival in 2017 as well.

Other accolades include principle dancer in the tap dance production “Love.Be.Best.Free” Directed and choreographed by Danny Nielsen in which they went on tour for 3.5 weeks in B.C. This was the first tap dance tour in Western Canada in 35 years.

He was on faculty for the 2014 Vancouver International Tap Festival as well as the 2017 Toronto International Tap Festival. Johnathan has performed at the TD Toronto Jazz Festival in 2013 and 2016 as a guest and most recently Johnathan was presented as a featured artist as part of the 2019 festival as well. He also has been brought out by Feats Festival to teach workshops in Edmonton in 2015 and 2017. In 2018 he danced with Toffan Rhythm Projects alongside the Toronto Jazz Orchestra as part of the 2018 Edwards Summer Music Series.

Johnathan is currently living in Toronto where he teaches at various well-respected studios in the GTA.